Sep 20, 2015: After the passing of the constitution draft by two third majority and verification by CA members and chairperson, President Ram Baran Yadav declares the commencement of the new constitution 2072 from today in a special meeting at the CA hall. With the promulgation of new constitution, the Interim Constitution has been nullified and the CA has been turned into a parliament as stated in the interim constitution. Eight years before, the first Constituent assembly was formed following the success of  People's movement II and Peace accord. Due to differences in several burning issues, the first CA was dissolved after four years of making without giving new constitution. A neutral government led by Chief Justice hold a election to second CA which is now successful in giving new constitution to Nepali within 2 years of election. Nepal has become one of the 40 countries which have made constitution through the election of Constituent assembly.
President Ram Baran Yadav paid huge respect to the new constitution after promulgation and lawmakers gave a big round of applause for his respect. 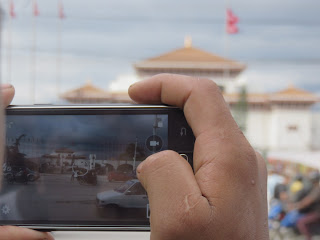 People have thronged to Baneshwor outside CA to join the celebration for the promulgation of new constitution. They were carrying Nepali flag and shouting slogans like "Yo jit kasko, Nepal ko", "Himal Pahad Terai, koi Chaina parai", and songs like "Sayau Thunga- National song" and "Rato ra chandra Surya". I felt really delighted for the nation and people as a whole as our long dream of having new constitution from peoples representative is fulfilled. Well, declaring the constitution is just a start, we all people have to follow it and force their representative to follow it accordingly. Now we all have to work together to take the progressive path for economic development. Let all the nationalists from different communities, ideology, and geography join the common cause for the development and prosperity of the country. I see no reason for any citizen to be unhappy as it does not discriminate people of their race, sex, religion, community, geography, and ideology. This is not the end for the constitution making as we can always make amendment with our representatives through upcoming elections. And I say welcome New Constitution of the federal democratic republic: Nepal.
Here is the pdf of the final version of the New constitution of Nepal. Click to download.
Nepal Constitution 2072
Some other photos from the event are as follows: 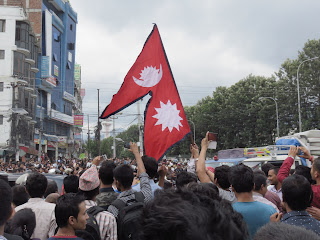 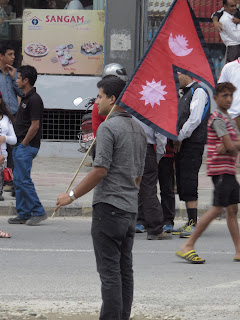 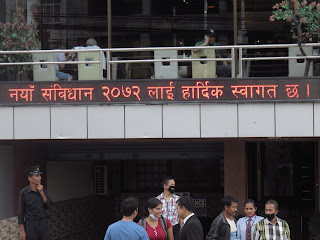 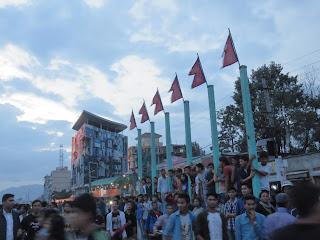 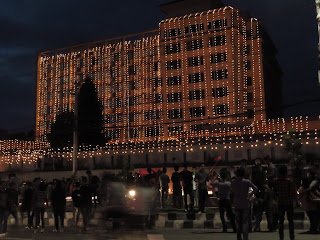