Microsoft offers a closer look at its HoloLens headset

Microsoft offers a closer look at its HoloLens headset

Where are we heading to,is it the word we say as future,go more advanced to the future by reading this.
Microsoft has been showing off HoloLens at its Build developers conference this week on stage, with impressive demonstrations of some of its capabilities. While we’re aware of most of what HoloLens enables, the software maker has kept the details of its hardware headset rather secret. Today, Microsoft is offering up a few new details about what exactly is buried inside its futuristic headset.
Unlike most VR headsets, Microsoft is using see through lenses to allow you to see the rest of a room or the environment you’re interacting with, in a similar way to Google’s Glass headset. To assist with this, HoloLens uses a combination of spatial sound and sensors in the headset to capture information about the environment you’re in. Spatial sound works by using binaural audio, something we’ve looked at closely before, to make sounds appear like they’re being transmitted behind you or from anywhere in the environment you’re standing in. Just like Google Glass, there’s even a video camera so you can take photos or capture video. 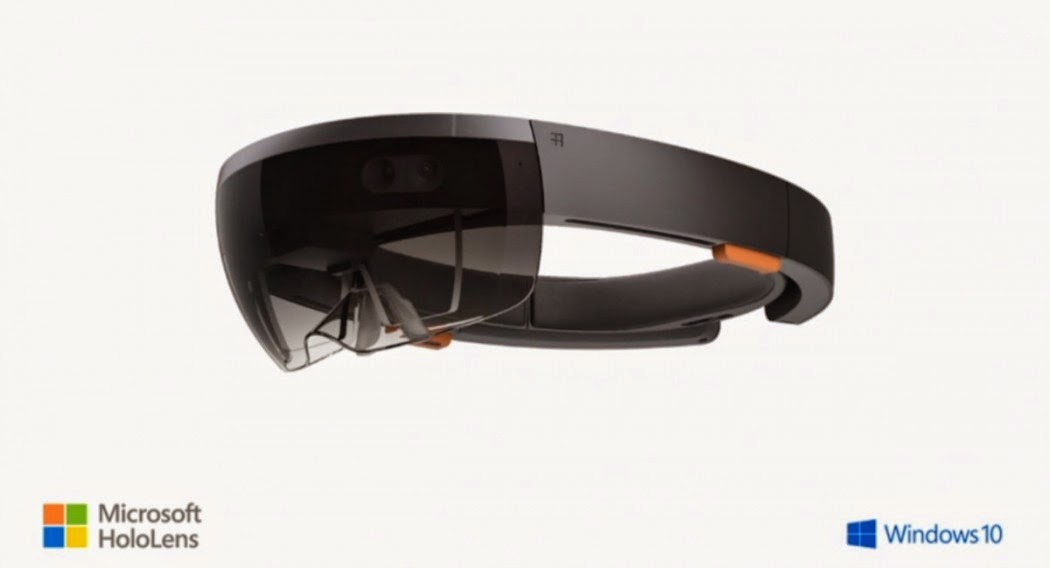 Inside the headset Microsoft is using a variety of sensors. A microphone array captures voice commands, and Microsoft has built a depth sensor into the headset to spatially map the environment and understand hand gestures like the air tap feature to click and navigate. There’s an accelerometer, gyroscope, and magnetometer that all combine with head tracking cameras to process and understand how a head is moving. It all adds up to a headset that "weighs significantly less than the average laptop."

HoloLens also includes a CPU and GPU, just like you’d find in a laptop or PC. “But that wasn’t enough to handle all the processing required to understand our world, so we had to go beyond the traditional CPU and GPU,” explains Todd Holmdahl, head of Microsoft’s next generation devices team. Microsoft has created its own holographic processing unit (HPU) which acts as a third processor to process where you’re looking, hand gestures, and the spatial map around you in real-time. It’s a custom processor designed specifically for HoloLens.

While Microsoft is offering some new details about its HoloLens headset hardware, the company still isn’t providing detailed specifications or an explanation of exactly how HoloLens works without any wires or tethering to a phone.

Related : Microsoft offers a closer look at its HoloLens headset