Bipul Chettri performance for a concert in Kathmandu

Bipul Chettri performance for a concert in Kathmandu

http://syafiqzulkarnain2.blogspot.com /2014/02/musical-encounter-with-bipul.html">Bipul chettri is one of the recent popular singer here in Nepal and also among Nepali speaking people of the whole world. The folk rock singer first got fame from his songs in Soundcloud, then joined the Youtube honor and later released an album entitled "Sketches of Darjeeling". I happen to miss his first performance Lai bari lai Event in Kathmandu and was desperately waiting for his next appearance until the news of this event reached me. It was for an UNICEF event at Tudikhel, Kathmandu on Dec 6, 2014 Saturday. Purpose was to raise awareness in people for children rights and make a better world for them. 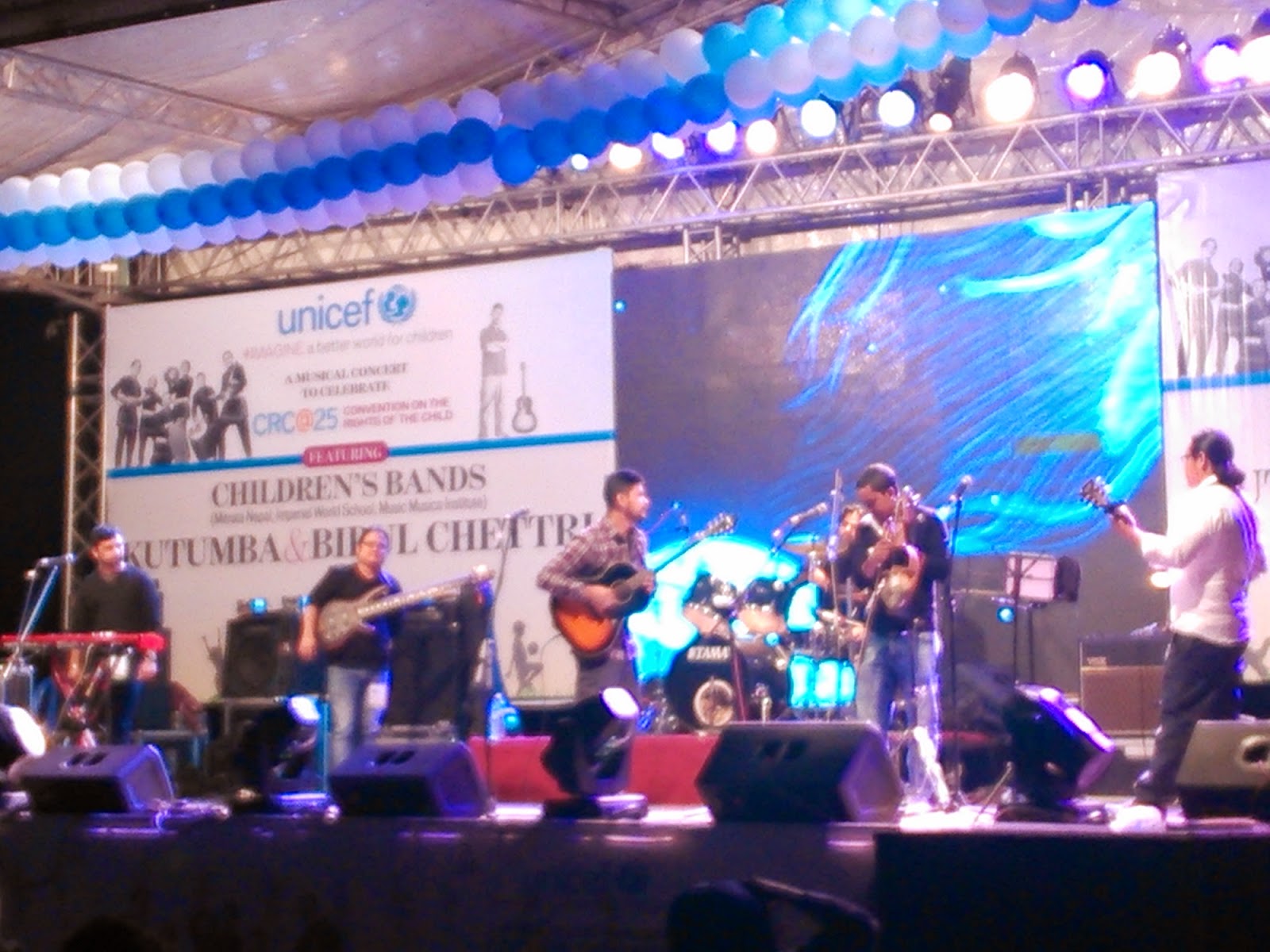 Some childrens Bands performed in the event that started from 2 pm, then popular band Kutumba took center stage at 4:20 pm with their instrumental pieces, including fusion songs from Dolpo, Helambu and Janakpur. Then came Bipul Chettri's turn to blow away few hundred audiences, eagerly waiting for him in the cold climate. He performed all of his songs from the album (Dadhelo, Asaar, Ram Sailee, Rail Garee, Deurali Darah and Mountain High), the soundcheck series "Kahama Katyo" and couple of new songs like Siriri, mero maya. Though the number of turn out was quite less, may be due to the dipping temperature in the evening time, the concert gave worthy entertaining time. All credit goes to Bipul and his band members for bringing the fusion folk/rock melody here in Kathmandu. For next concert, let him release some more acoustic songs and then I will be again longing for his solo performance.
Here are some videos that I have taken during the concert.
1. Asar
2. Syndicate (Timi Jane Silguri, Ma jane Sikkim tira)
3. Kahama Katyo
4. Siriri (new Song)
5. Ramsailee

Related : Bipul Chettri performance for a concert in Kathmandu